Like the Wellwood, the Eagle Point Gun Club is located in Charlestown proper and was established by a group of wealthy businessmen from Philadelphia. The group included the owners of the Burk Meat Company, who established a gunning club on Lot 25 directly facing the North East River near the wharf. The home was built in about 1910. 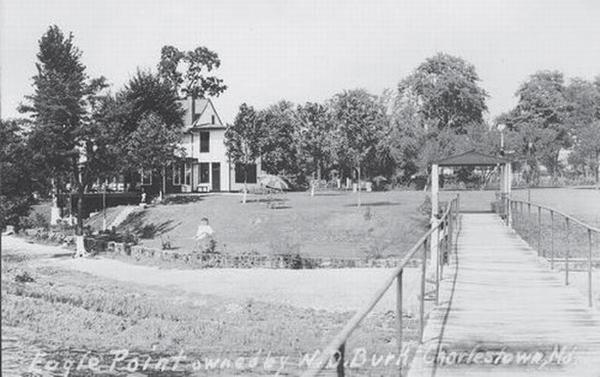 At one point, a ferry on the North East River provided shuttle service between Charlestown at Eagle Point and other local spots on the Upper Bay. Motorists could reach points as far south as Havre de Grace and east to the Bohemia Bridge. This shuttle did not last long. 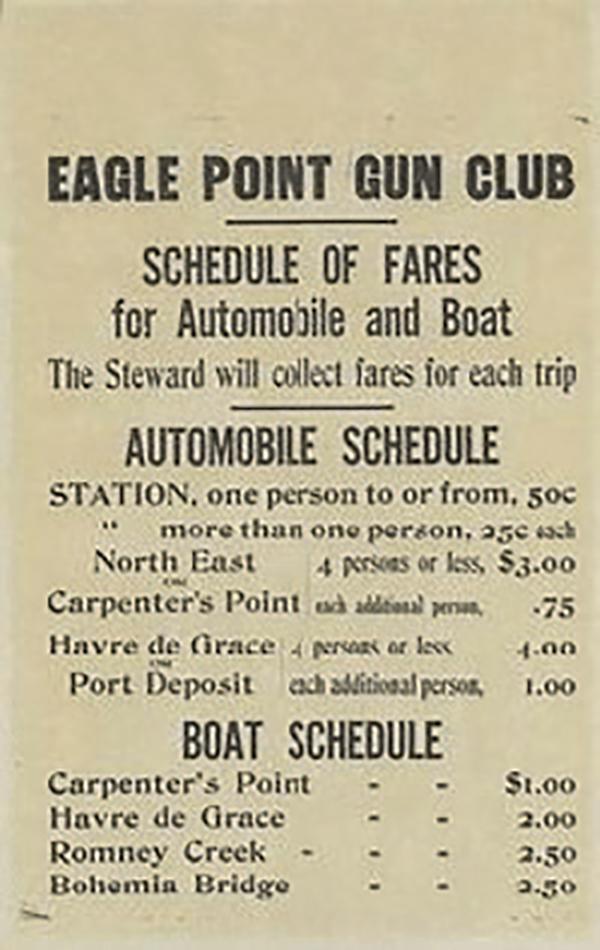