Unlike his contemporaries, Wally Algard was not a commercial fisherman. He was not a professional hunting guide, nor was he a market hunter. He did, however, live in Charlestown at about the same time and very near to John B. Graham, Scott Jackson, and Will Heverin. Like his neighbors, Mr. Algard was a hunter and a decoy maker. 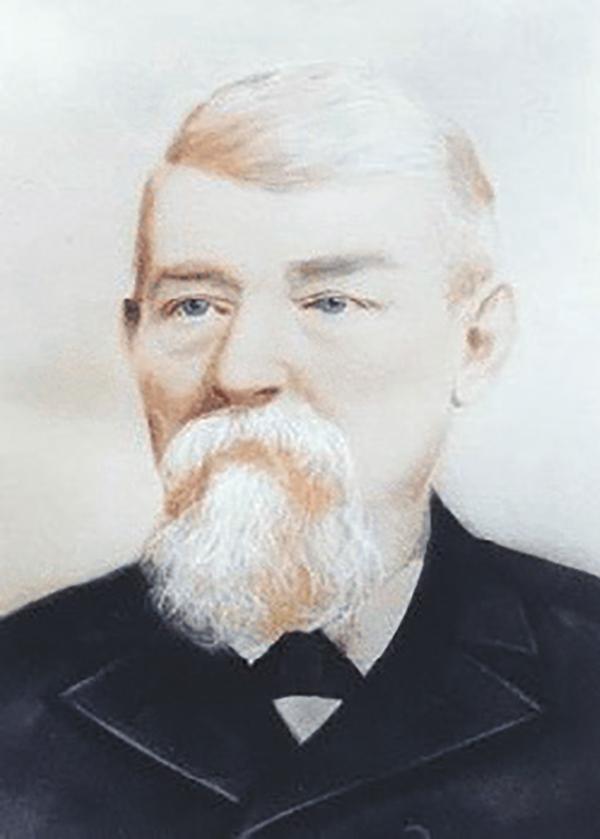 Born Carroll Cleveland Algard in Charlestown in 1883, he lived his entire life in town. He was the son of Valentine Burris Algard (1841-1919) and Mary M. Jones (1857-1939). His father, Valentine B. Algard, had previously been married to Louisa Bryson of Elkton, Maryland. Together they had four children, Louise R.; Mary E.; Victoria B.; and John T. Algard. After the death of his first wife, Valentine married Mary M. Jones in a scandalous wedding, as Ms. Jones was the very young niece of his first wife and had lived with the family before the death of Mrs. Algard. In the 1880 Census, Valentine B. Algard listed his occupation as "hotel keeper," owning at that time the V. B. Hotel, on the corner of Bladen and Caroline Streets in Charlestown. By 1880, Valentine B. Algard was widowed at age thirty-eight and his wife's twenty-two-year-old niece was residing in the household. The subsequent marriage of Valentine Algard to Mary Jones in 1881 resulted in the birth of Harry B., who died in 1882; Carroll Cleveland in 1883; and twins Florence and Hager in 1890.

Valentine B. Algard, pictured right, courtesy of William Algard, Charlestown, and George Algard, Principio, Maryland, was a Civil War veteran. He enlisted in the Union Army in 1864 on 100-day enlistment papers and served in the Maryland Regiments but saw no action, being stationed for a short period of time in Baltimore and Washington.

Carroll Cleveland Algard was born in Charlestown, in the home on Bladen Street that his father had built with his Civil War pension, and attended the public school in Charlestown. After three years in the sixth grade, he quit school and shortly thereafter, in 1902, began his employ with the Pennsylvania Railroad, on the track gang. He worked long days, often traveling as far as Washington, D.C. In the few years before his retirement in 1950, Wally Algard worked as the signalman in Charlestown.

Aside from hunting and fishing, Wally Algard was a baseball player. He was especially fond of the teams from Baltimore and Washington, as he spent considerable time in each town on the job. 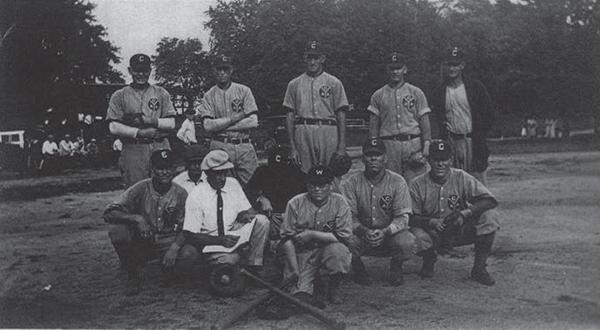 In addition to playing on the town ball club, Wally Algard enjoyed the crossword puzzles in the Cecil Whig. He was a Republican, and he always made sure that his family voted the Republican ticket. On Independence Day each year, Wally would purchase a five-gallon keg of beer and sit on his front porch offering cups of beer to passersby. 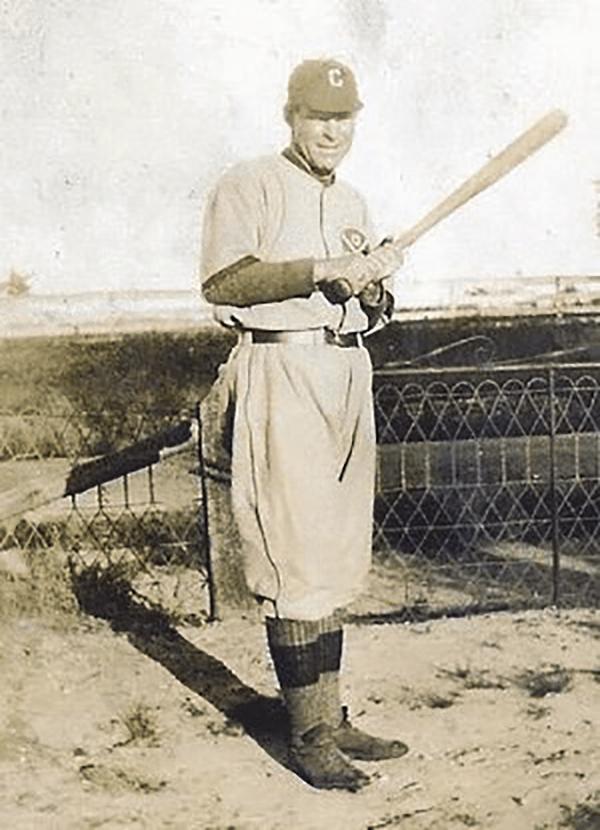 Mr. Algard made decoys in his spare time, both for his own hunting rig and for sale. He made only Canvasbacks, including miniatures. Although the bodies of his decoys are well-shaped, he did not enjoy carving the heads, so he often visited his neighbor, Will Heverin, to purchase heads to be fastened on the Algard bodies. It is not unusual to find Algard birds with original Heverin heads. Like the other Charlestown carvers, wing patterns are found only on the hens. Wally Algard is known to have made two Holly pattern bushwhack boats for his personal hunting rig, and he also owned a sneak boat.

After his retirement in 1950, Wally Algard was content to live the simple life in Charlestown, hunting, fishing, and making decoys. He was the last of the "Charlestown Five" to die, departing this life on May 7, 1959. He, too, is buried at the Methodist Church in Charlestown. 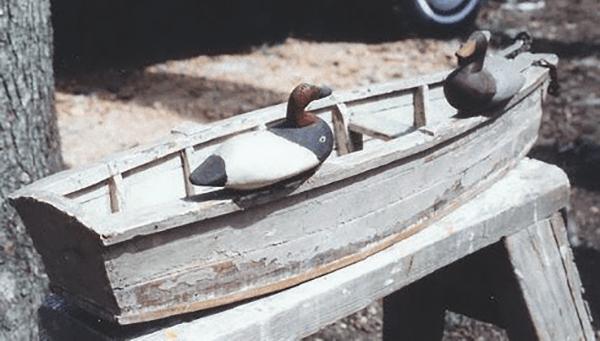 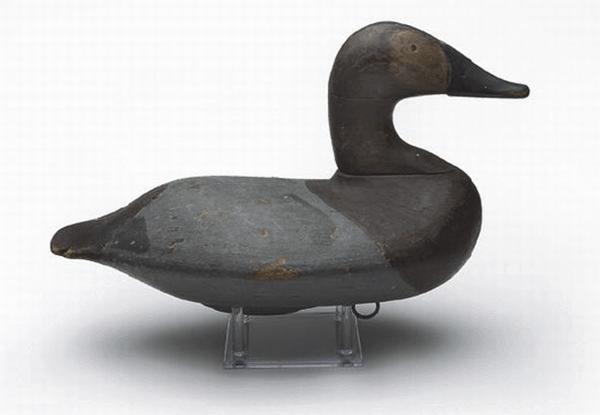 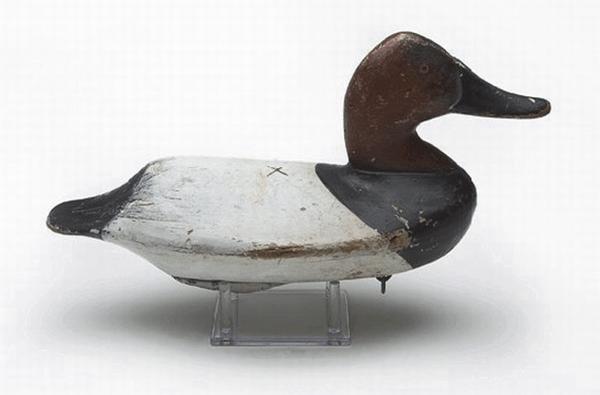 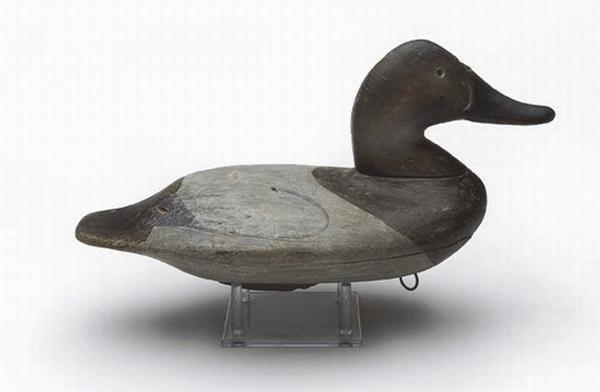